What Every Home Buyer Ought To Know About Backup Offers 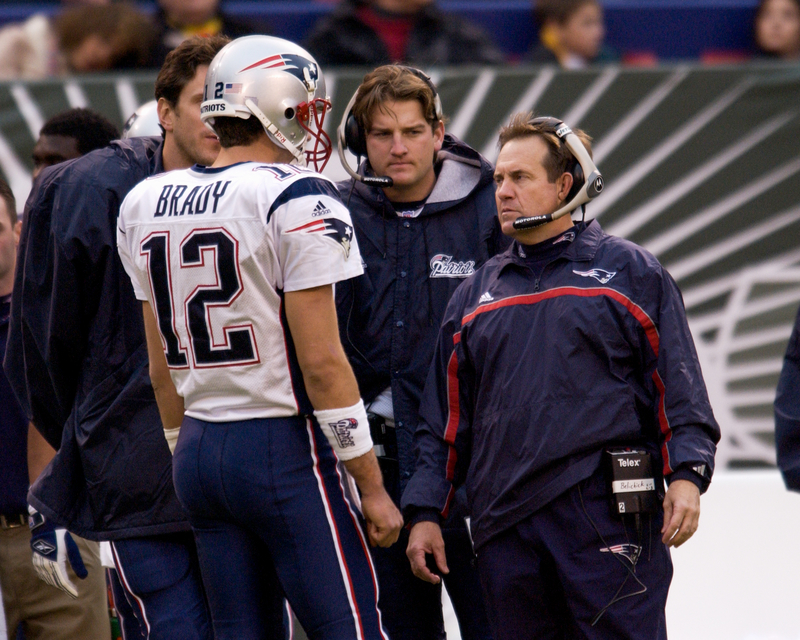 One of the top quarterbacks in NFL history, Tom Brady is a living football legend.

To date he has won five Super Bowl championships and four MVP Awards with the New England Patriots.

But he wasn’t always out in front like that.

Brady was drafted by the New England Patriots in the sixth round of the 2000 NFL draft.  Serving as backup quarterback in the shadow of the Patriot’s beloved starter Drew Bledsoe, he only played one game during his first season.

But things were about to change…

In the second game of 2001, starting quarterback Drew Bledsoe was injured near the end of the fourth quarter, and replaced by Brady for the final series of the game.  With the Patriots at 0-2 on the season Brady took over as starting quarterback for the third game of the season and would quickly prove himself as a strong leader with a powerful arm.

Winning eleven of the next fourteen regular season games Brady led the Pats to a surprising Super Bowl victory that first year as the starter.

Now, with 16 seasons under his belt, Brady and the Patriots have been to the Super Bowl 7 times, winning five titles.  That’s the most for any quarterback in history.

Brady is often referred to as one of the best quarterbacks of his generation, and possibly the greatest to ever play.

No one would have expected such a rise to the top from a guy who only had three pass attempts in his first NFL season and was stuck in a backup position behind the former Pro Bowler, Drew Bledsoe.

Sometimes being in a backup position is the best place you can be!

This happens in real estate too.  In a seller’s market, where there are a lot of buyers but few available homes, many buyers struggle to get their perfect home.

It’s frustrating to fall in love with a home and then submit an offer only to find out the seller is already reviewing other offers. But just because someone else got their foot in the door before you doesn’t necessarily mean you’re out.  Many things can go wrong on the path to closing and another buyer’s contract can easily fall apart.

A backup offer is a little like being in the backup quarterback position.  If the primary contract falls apart for some reason you step right in on the next play and suddenly you’re the starter.

A backup offer is a legally binding contract once all parties accept and sign it.  In that respect it’s no different than the primary contract.  It’s just contingent on failure of the first position offer.

What’s great about the backup offer is that it eliminates the competition factor.  If the seller’s current buyer falls through for any reason, your offer is already accepted, with no further negotiation necessary.  Like the backup quarterback, you simply step into the next play.

Your backup offer will include contingencies for financing and an inspection period so you’ll also have a chance to back out if you find yourself suddenly in the first position.

Of course, just like a first position offer you should be sure you’re approved for the amount you’re offering and be fully prepared to follow through on the purchase if the primary offer falls through.

Backup offers can be great for the seller too

If the primary contract falls through they don’t have to put the house back on the market and wait for yet another buyer.  They’ve already got you waiting on the sidelines ready to step in and take over.

There are many reasons real estate contracts fall through.  Any one of which could present you an opportunity to step in and get the dream home you’ve been searching for.

Many home buyers don’t realize that lenders perform a “soft pull” of their credit report as part of their due diligence leading up to a closing.  Lenders do this to make sure a borrower’s financials haven’t changed since pre-qualification from an earlier date.

Any change in financials such as a new job, loss of a job or additional, new debt can lead to a buyer’s mortgage being denied – even at the last minute.  If something like this happens your backup offer automatically moves into first position.

If the buyer in first position is getting a mortgage to complete the purchase, their lender will order an appraisal of the home to make sure they’re not lending more than the home is worth.  If the appraisal comes back too low the mortgage will get denied.

This often happens when a buyer is low on cash funds to complete the transaction.  A seller may agree to contribute to a buyer’s closing costs by increasing the contract price to cover those costs.  If the increased price exceeds the appraised value of the home the buyer’s mortgage could be denied and their deal falls apart.

Your backup offer may not require any closing cost credits so you bump into first position and get the home!

Problems with the home inspection results

Real estate contracts often fall through due to inspections.  And this can happen for more than one reason.

Most professional home inspectors take their jobs very seriously and will identify major problems with a house as they should.  Sometimes, however, they can also identify a long list of minor details that aren’t necessarily serious but are something the buyer should be aware of.

Occasionally these long lists of minor problems can spook first time home buyers and cause them to walk away from a house.

Other times a buyer will attempt to use a thorough home inspection report as a tool to renegotiate the purchase price.  Sometimes these buyers will make outrageous demands for repairs or demand an unreasonable reduction in the price.

If the seller doesn’t agree an entire deal can easily fall apart.  Their unreasonable requests can become your ticket in to the game.

Many times home buyers are also home sellers.  They may have a home they need to sell before they can purchase another one.

The purchase of their new home will be contingent on the sale of their existing home and that contingency will only be good for a certain period of time. It can be tricky to time out the sale of one home to purchase another.  And it often leads to purchase and sale agreements falling through.

If this happens, their loss can be your gain when you’re in a backup position.

If the home you’re interested in is a short sale the seller’s bank is really the decision maker on whether the sale price is acceptable or not.  Many times a seller will agree to an offer without knowing if the bank will approve it.

Months can go by before the bank makes a decision and the buyer in first position could get impatient or simply run out of time and need to back out.

Sometimes buyers will unwittingly back out just before the bank approves the sale.  If your offer is in backup position you then step right into first position and get the house at the now bank approved price with no further delays to close.

If you’ve missed out on the perfect home here on The Space Coast due to houses selling fast or multiple offer situations don’t give up without a fight.  Consider submitting a backup offer.  It’s not a sure thing but it does increase the chances of getting your dream home.

Tom Brady’s rise to fame all started from a backup position.  Sometimes that’s the best place to be.